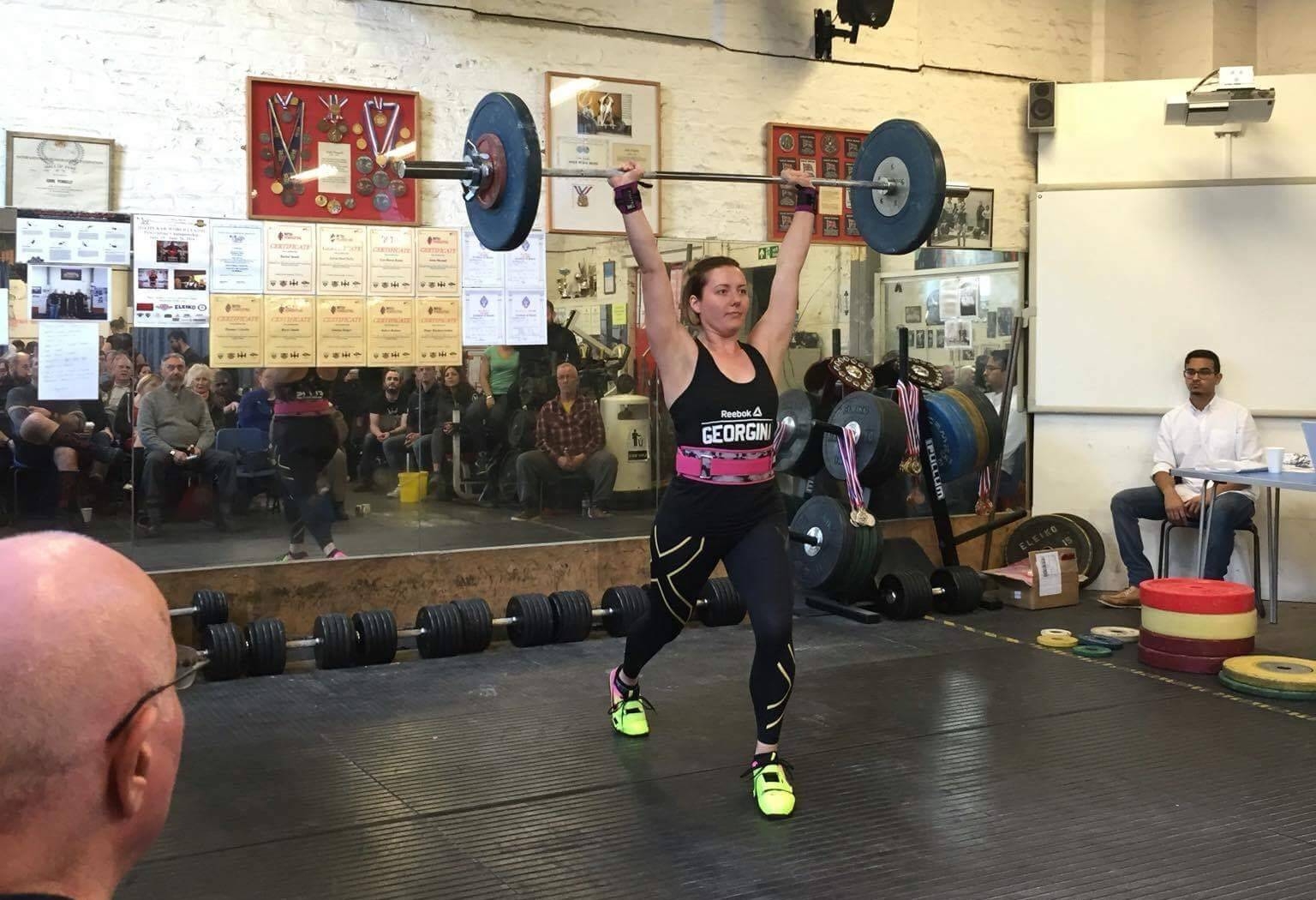 On Sunday I took part in the British Weightlifting Southern Masters competition, held at Bethnal Green Weightlifting Club. I had hoped to get new personal bests in both lifts, but when I tweaked my back doing a run up to my clean and jerk opener on Thursday morning I was forced to change my game plan. I’d go in with comfortable weights and just get enough to qualify for the Nationals. No point pushing it heavier if I didn’t need to, right?

But Now I Needed To

After a mini “cut” I was comfortably within my weight category, losing 2kg to make sure I made weight. I weighed in on their scales at 73kg and this got me thinking… maybe I could go for a bodyweight clean and jerk? After all, I’d previously gotten 72kg above my head and bodyweight has been a goal of mine for a long time now. Sticking on the safe side I declared my openers as 40kg snatch and 55kg clean and jerk.

But, after weigh in everything changed. Speaking to the event organiser, I quickly realised that the new 30-34 age category was for inclusivity only and would not be going to Nationals. The Southern Masters was my only chance to really test my lifts in a British Weightlifting endorsed competition and if I wasn’t going to do it now, I’d have to wait for the next Masters comp in a year’s time.

Suddenly I had a decision to make: a) stick with the comfortable openers and just lift for the experience, or b) warm up to my heavier openers and lift for performance, taking advantage of my new, lighter, bodyweight. Needless to say, I went with b).

During the warm up my back felt better, maybe something to do with the adrenaline of competition. I hit a 45kg snatch twice so decided to change my opener to that. My previous one rep max was 52.5kg, so in my head I planned the jumps I might take to get me to 53kg. My first lift went up well, so I chose 49kg for my second and after hitting that fairly comfortably, I told the officials my third attempt would be 53kg. I made the lift, and a new PB!

We didn’t have much time to warm up for the clean and jerk and with the rising bar format I knew I would be called for my first lift if I didn’t change my opener soon, so I took some pretty big jumps to get to my opening weight. I went straight in and warmed up at 35kg, then on to 45kg. I knew to get to my new target weight I’d need to open at 65kg so I jumped to that and thankfully it went up really well so I went to the official’s desk to change my opener before they called me up.

65kg went up on the platform. Then 69kg. My final attempt would be the target I’ve wanted for so long… the elusive bodyweight clean and jerk. “73kg loaded on the bar for Georgina’s final attempt in this competition. Please give her a round of applause” called the official. No pressure then!

As I stepped up to the bar I pictured the movement in my head. With a room full of people watching, I could clearly hear the voices of my coaches – even other spectators were calling me “George”, picking up the nickname from them – I felt so welcome on the platform. I treated the lift just like any other, not wanting to let it get the better of me mentally. I knew I could clean it, I just needed to make sure I was confident with it in so I’d get the speed with my elbows in both the catch and the lock out.

As soon as the bar was overhead I knew I’d done it and let out a huge grin. I got my bodyweight clean and jerk!! I looked to the judges to check they had white flags and walked off that platform with the biggest sense of achievement.

If you want to watch my PB lift, check out a video of the moment at the end of this post! The Icing on the Cake

After our group, the officials announced there would be a results presentation before they moved on to the next group. After finding out the 30-34 group wasn’t going to nationals I hadn’t expected that we would be included in the presentation, but before I knew it there I was getting a gold medal placed over my head! I’m sure if the new category becomes more popular, if they decide to include it at a national level, I wouldn’t stand a chance of coming as highly. There were only two of us after all – but I am so proud of what I achieved regardless.

I’m also proud of being able to respond to the situation on the day and change my game plan on the fly. It would have been easy to go in at my comfortable weights and blame my back. But easy isn’t fun and easy wouldn’t have gotten me two shiny new PBs and a shiny gold medal too!

If you’ve ever thought about entering a weightlifting competition I would highly recommend going for it. I’ve done two in-house lifting competitions now, and two more intense competitions with fairly big audiences but all have been amazing learning experiences and I’ve found that the pressure of competition really does get the best out of me – you might find it does the same for you too!

Me with coach Lee (who also won his category) Rob (who got two amazing PBs) and coach Annie who decided not to compete this year. We have the best coaches!